Sniper Elite 5 shoots to the top of the charts

Lego Star Wars: The Skywalker Saga retains No.1 position in the UK digital charts, despite a 53% fall in sales week-on-week.

The game was No.1 the week before, too, despite a 72% sales drop (there was a delay in last week's GSD charts).

Both weeks Grand Theft Auto 5 took the second position. However, this week sales have dropped 32% week-on-week. Elden Ring is still at No.3, despite a 16% sales slide.

Overall, digital game sales in the UK dropped by 33% week-on-week.
Click to expand... 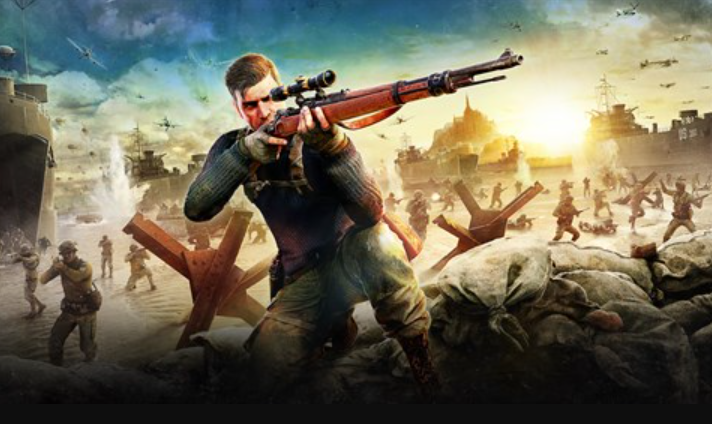 Rebellion's Sniper Elite 5 claims No.1 in the UK boxed charts, according to the latest GfK figures.The game didn't need…

Rebellion's Sniper Elite 5 claims No.1 in the UK boxed charts, according to the latest GfK figures.

The game didn't need to sell big numbers to achieve the result, and launch physical sales are 64% lower than Sniper Elite 4, which released in February 2017 (when it reached No.2). Of course, the download market has accelerated significantly since 2017 and download data is not included (it arrives later in the week), so this isn't an indicator of the game's overall performance.

Sniper Elite 5 sold mostly on PlayStation in physical form, with just 8% of sales coming on Xbox platforms. This will be the result of the game's inclusion in the Xbox Game Pass subscription service. Also, Xbox game sales tend to be more digital than physical compared with PlayStation, partially because of the Xbox Series S console, which doesn't include a disc drive (the Xbox Series S is currently the best-selling Xbox in the UK).

Last week's No.1, Horizon Forbidden West, drops to No.2 this week after a 33% slide in sales. The game continues to sell strongly alongside PS5 hardware. The highest riser this week is also a PS5 game: Gran Turismo 7, which is up five places to No.5 after a 109% sales bump.

Nintendo Switch Sports is down to No.3 after a mild 1% drop in sales week-on-week.

Outside of Sniper Elite 5, there were some other new releases in the Top 40. The House of the Dead: Remake on Nintendo Switch is at No.14, Kao the Kangaroo is at No.26, and My Little Pony: A Maretime Bay Adventure is at No.31.
Click to expand... 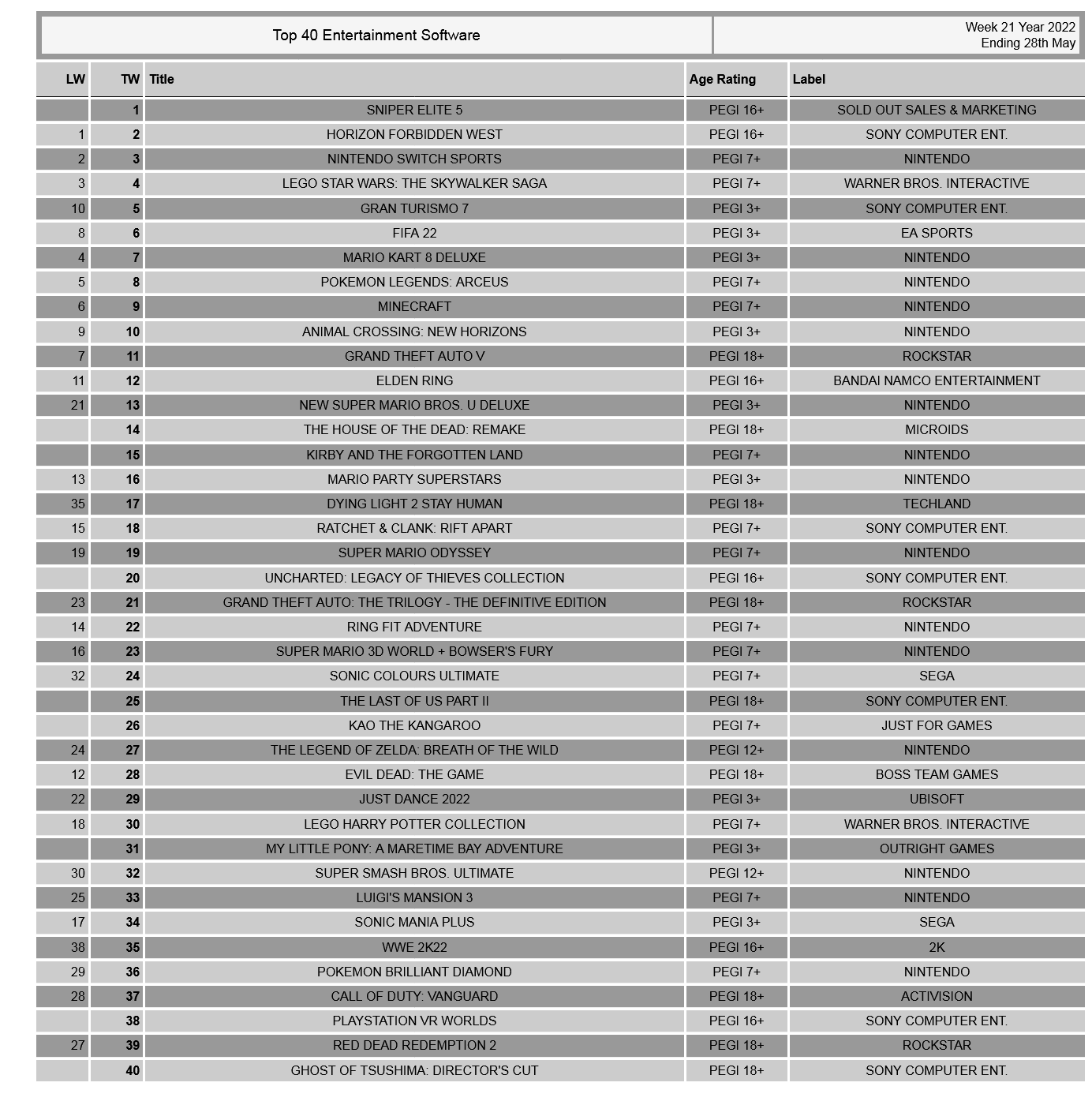 Sniper Elite 5 shoots to the top of the charts

In the UK, the most played mobile game is Candy Crush, with 1.2 million UK adults on average still playing the 2012 King title daily. In February 2022, 2.5 million people played Candy Crush in the UK, which was followed by Pokémon Go at 1.6 million, and Roblox at 1.5 million.
Click to expand...

Looking at VR, Ofcom found a very low adoption of the tech, with only 3% of adults playing games in virtual reality.
Click to expand...

Horizon Forbidden West returns to No.1 due to PS5 bundles | UK Boxed Charts

Horizon Forbidden West has returned to No.1 in the UK boxed retail charts, following a 31% bump in sales week-on-week.

The title continues to benefit from PS5 hardware bundles. PS5 console stock has improved significantly over the last few months, and Horizon has featured in both official and unofficial hardware deals.

The biggest riser of the week is WWE 2K22, which jumps to No.7 after a 356% increase in sales. The 2K Games title has been featured in Sony's Days of Play promotional campaign, with the PS4 and PS5 versions available for under £25.

It was an extended bank holiday weekend in the UK to mark the Queen's Platinum Jubilee, and there were sales increases across the board. Nintendo Switch Sports was up a place to No.2 after a 24% sales rise, Lego Star Wars: The Skywalker Saga is back at No.3 after a 77% sales increase, and FIFA 22 is at No.4 due to a 79% jump.

Mario Kart 8: Deluxe is back in the Top Five with a 27% sales uptick, while Pokémon Legends: Arceus is up two places to No.6 due to a 13% sales rise.
Click to expand...