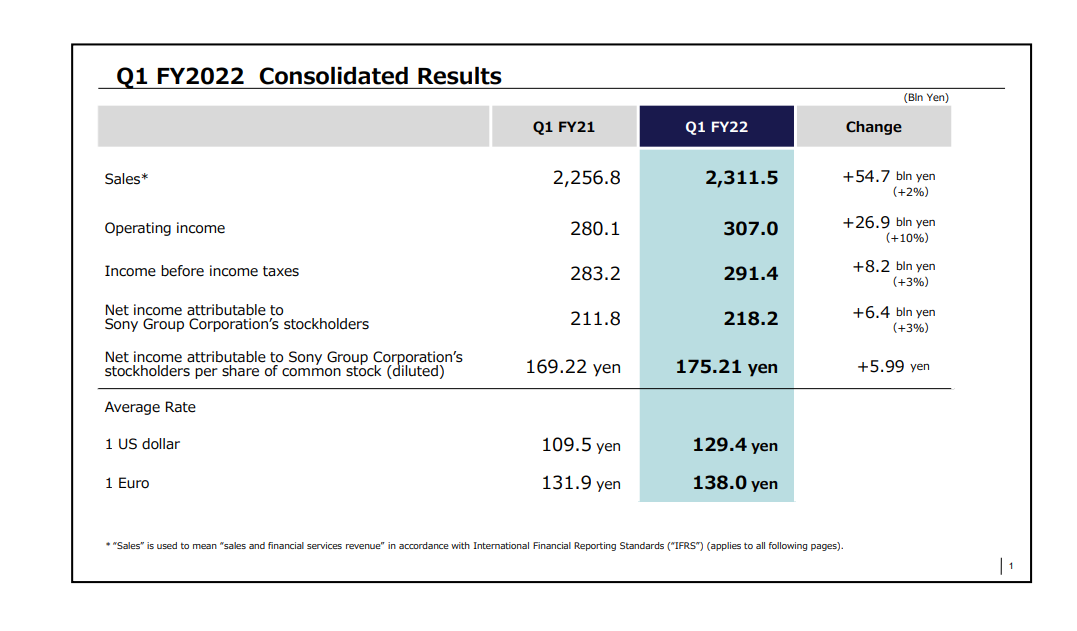 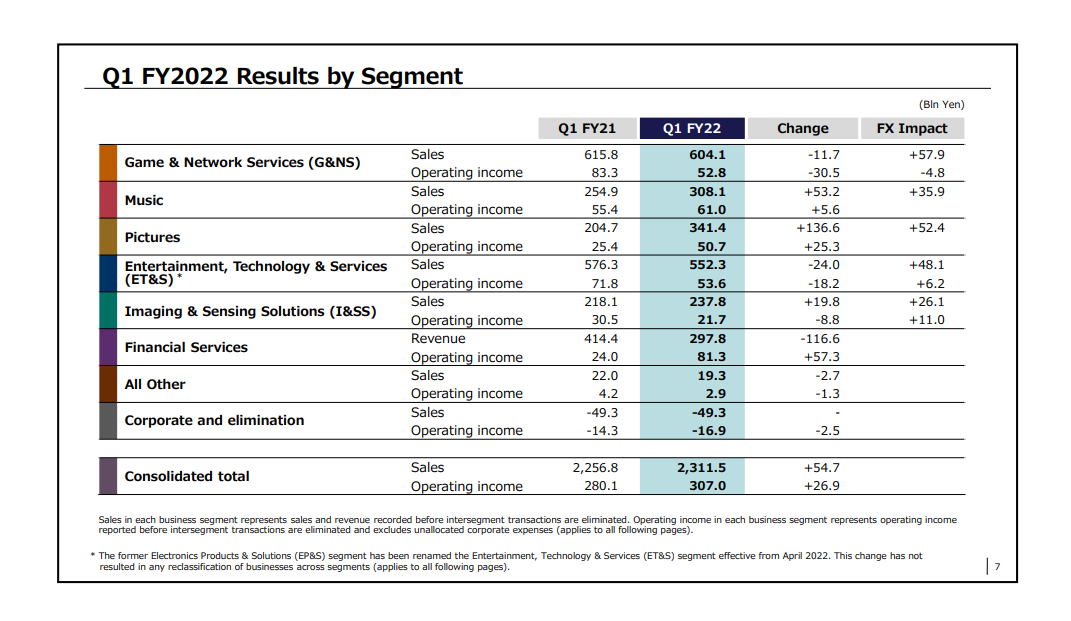 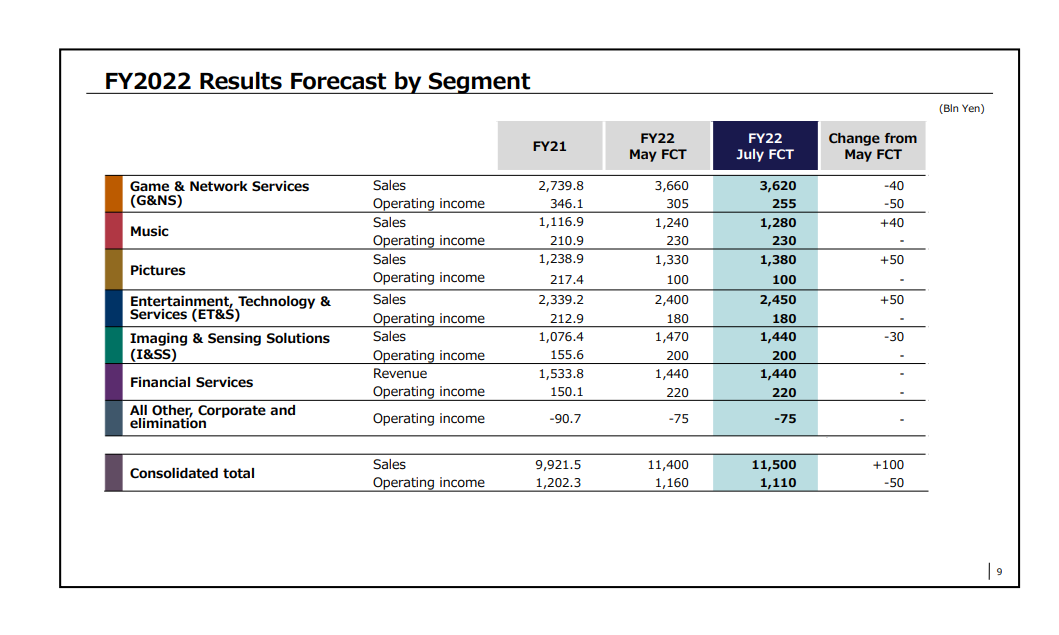 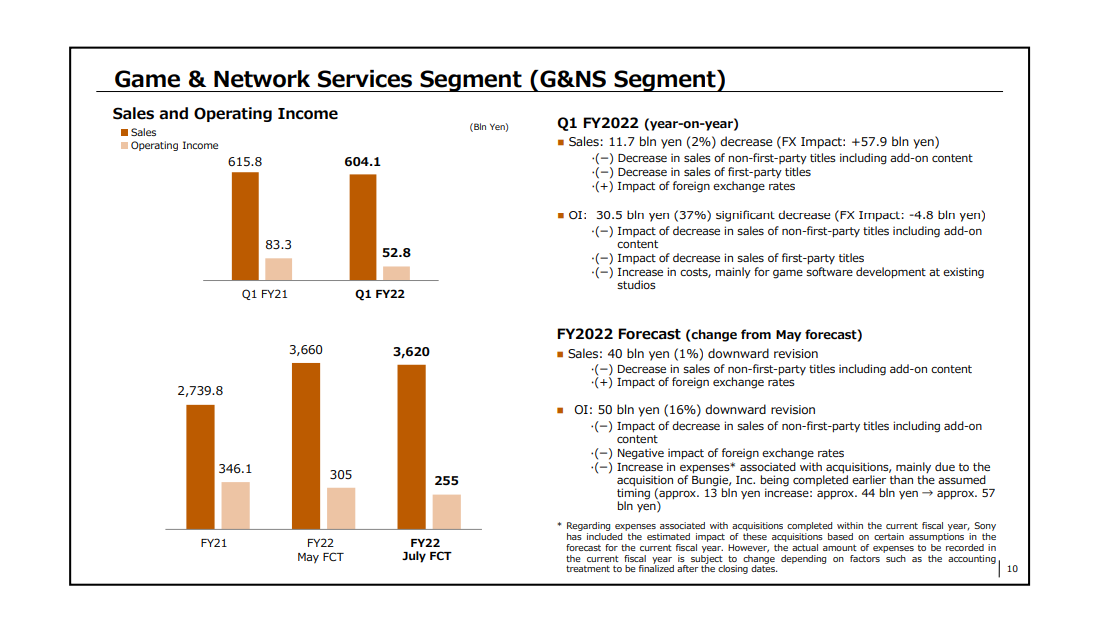 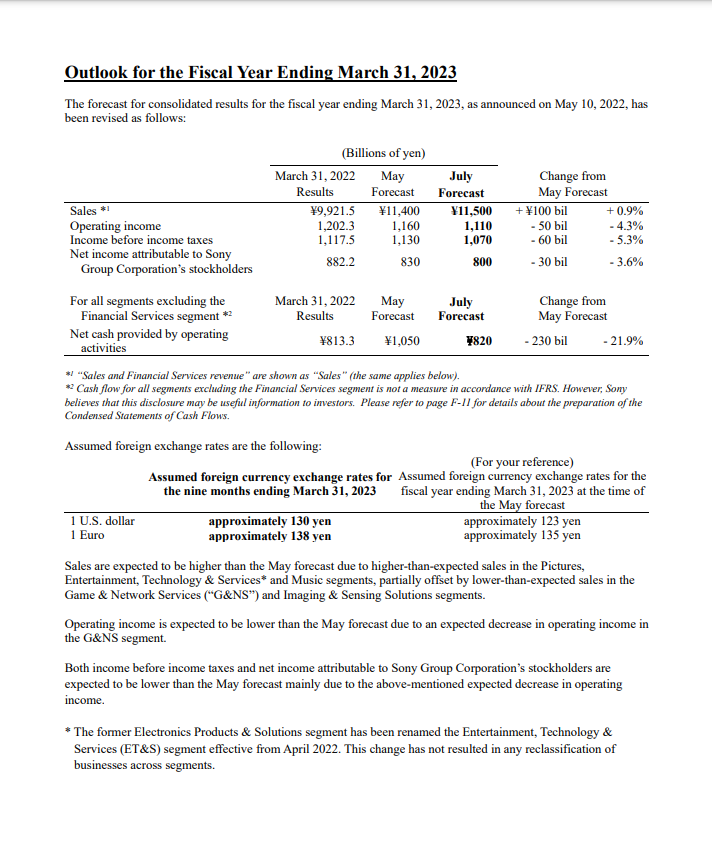 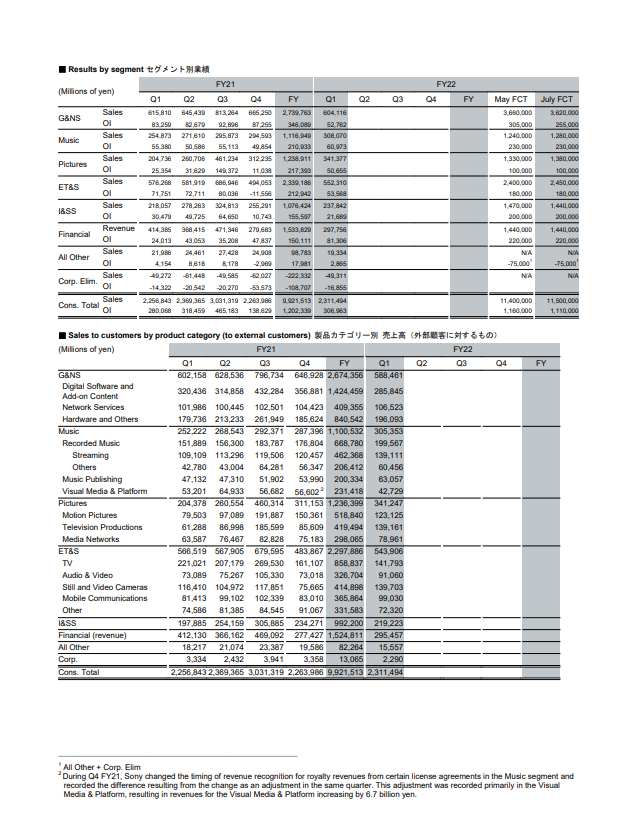 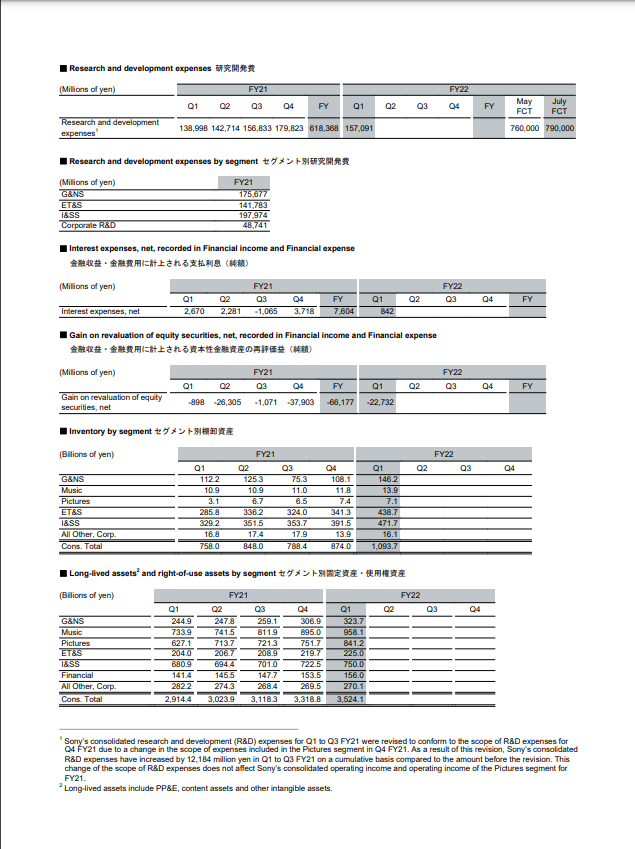 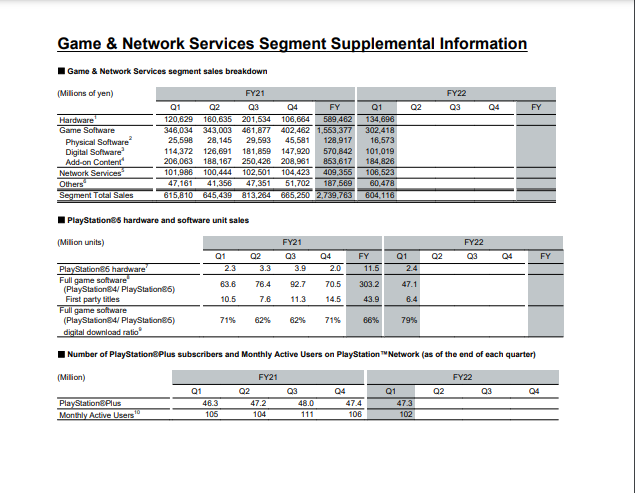 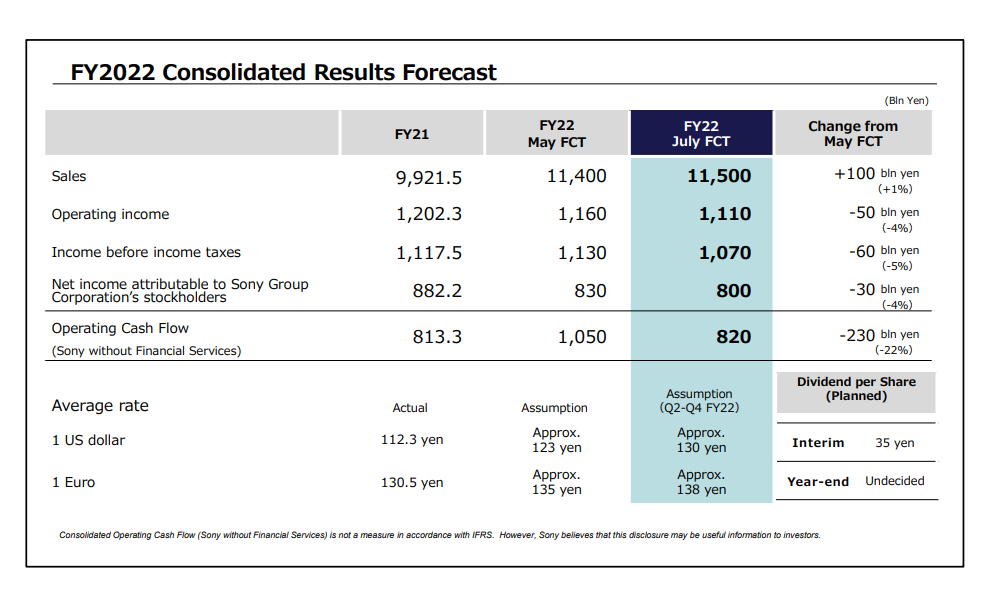 Total gameplay time for PlayStation users declined 15% year-on-year in Q1. Gameplay time in the month of June improved 3% compared with May and was down only 10% versus June 2021, but this is a much lower level of engagement than we anticipated in our previous forecast.
• We believe the primary reason for this is that the growth of the overall game market has recently decelerated as opportunities have increased for users to go outside due to a reduction in COVID-19 infections in key markets.
• Taking this situation into account, we intend to take action to increase user engagement in the second half of the fiscal year, during which major titles including first party software are scheduled to be released, primarily by increasing the supply of PlayStation®5 (“PS5™”) hardware and promoting the new PlayStation Plus service.
• At this point in time, we have made no change to our 18 million unit sales forecast for PS5™ hardware in FY22, but since we are seeing a recovery from the impact of the lockdown in Shanghai and a significant improvement in the supply of components, we are working to bring-forward more supply into the year-end holiday selling season.
• Sony Interactive Entertainment LLC completed its acquisition of Bungie on July 15 of this year and collaboration between the two companies has begun.
• In addition, the acquisition of Haven Entertainment Studios, announced in March, was completed on June 27. In addition to enhancing the content development capability of our existing studios, we are working to strengthen our first-party software by creating new IP and accelerating the roll-out of live game services and multi-platform titles through synergies with the studios we have acquired.
Click to expand...