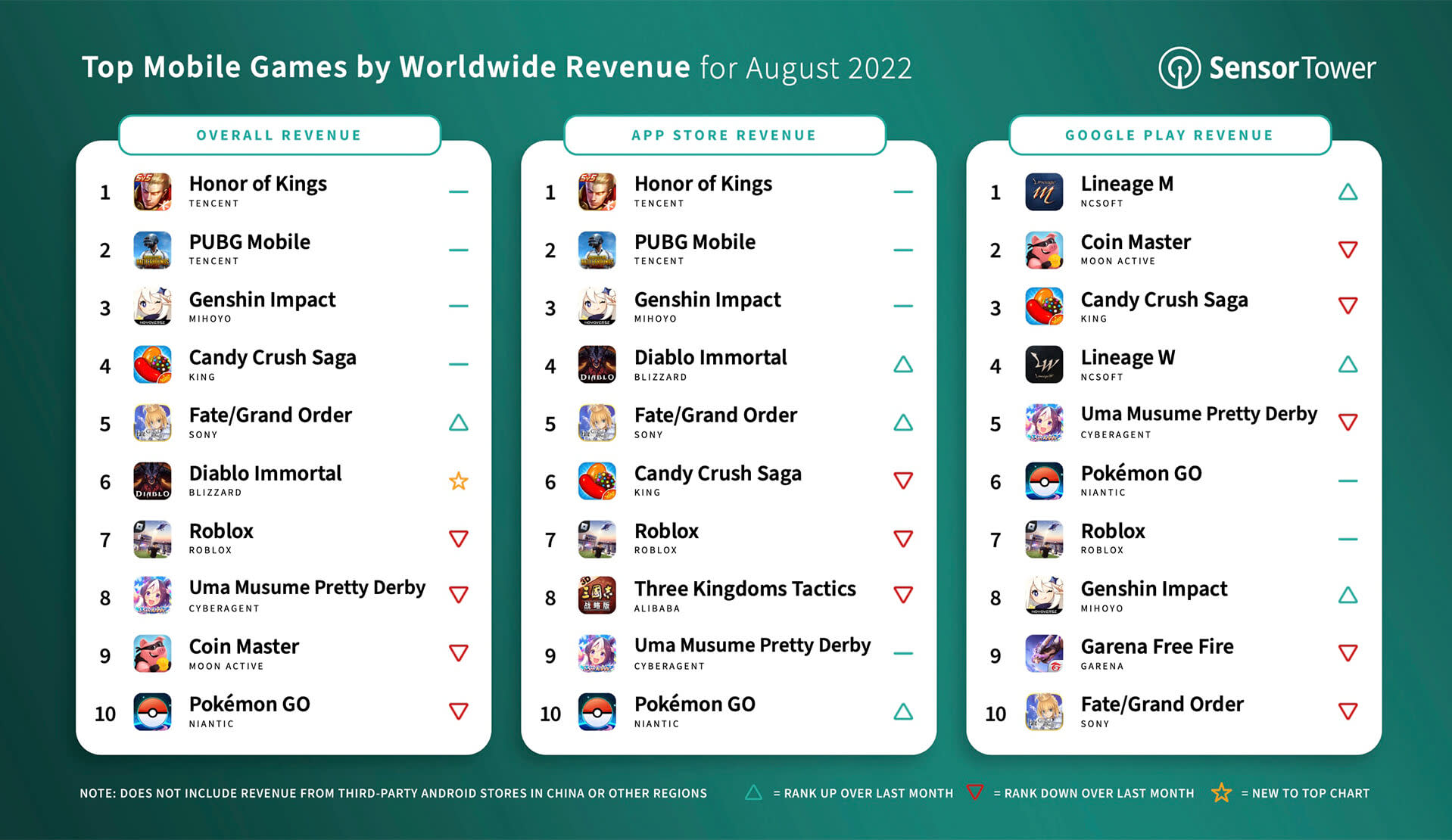 The top grossing mobile game worldwide for August 2022 was Honor of Kings from Tencent with more than $222 million in player spending. About 94 percent of Honor of Kings’ revenue was from China, followed by 2.3 percent from Taiwan and 1.8 percent from Thailand. The full ranking of the top grossing mobile games for August 2022 is above. Game revenue estimates are from Sensor Tower’s Store Intelligence platform.
Click to expand...

PUBG Mobile from Tencent was the second highest earning mobile game worldwide for August 2022 with $156.3 million in gross revenue. About 60.7 percent of PUBG Mobile revenue was from China, where it has been localized as Game For Peace, followed by 8.8 percent from the United States. The next top grossing game was Genshin Impact from miHoYo, followed by Candy Crush Saga from King and Fate/Grand Order from Sony’s Aniplex.
Click to expand...

Diablo Immortal from Blizzard ranked as the No. 6 revenue generating mobile game globally last month across the App Store and Google Play, accumulating approximately $97 million, a rise of approximately 42 percent month-on-month. The surge in player spending followed the title’s launch in China on July 25, with the country quickly becoming its most lucrative market. In August, China (App Store only) accounted for close to 61 percent of global player spending, while the U.S. represented more than 16 percent.
Click to expand...