Member
My first thread, so bear with me...

Inspired by the above prediction threads, I decided to make one for Nintendo Switch lifetime software sales. 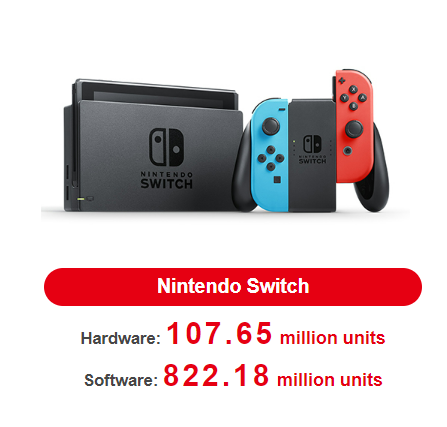 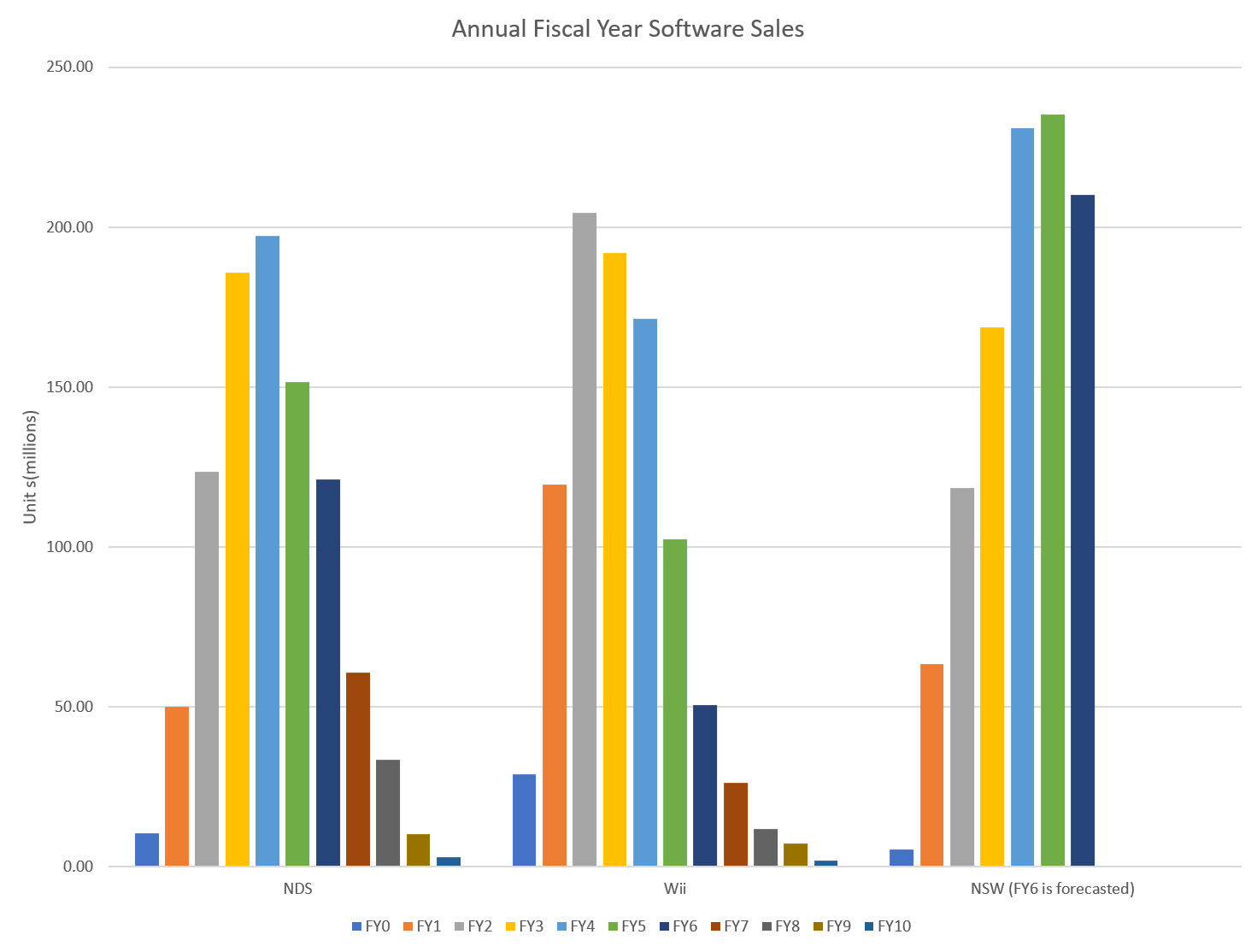 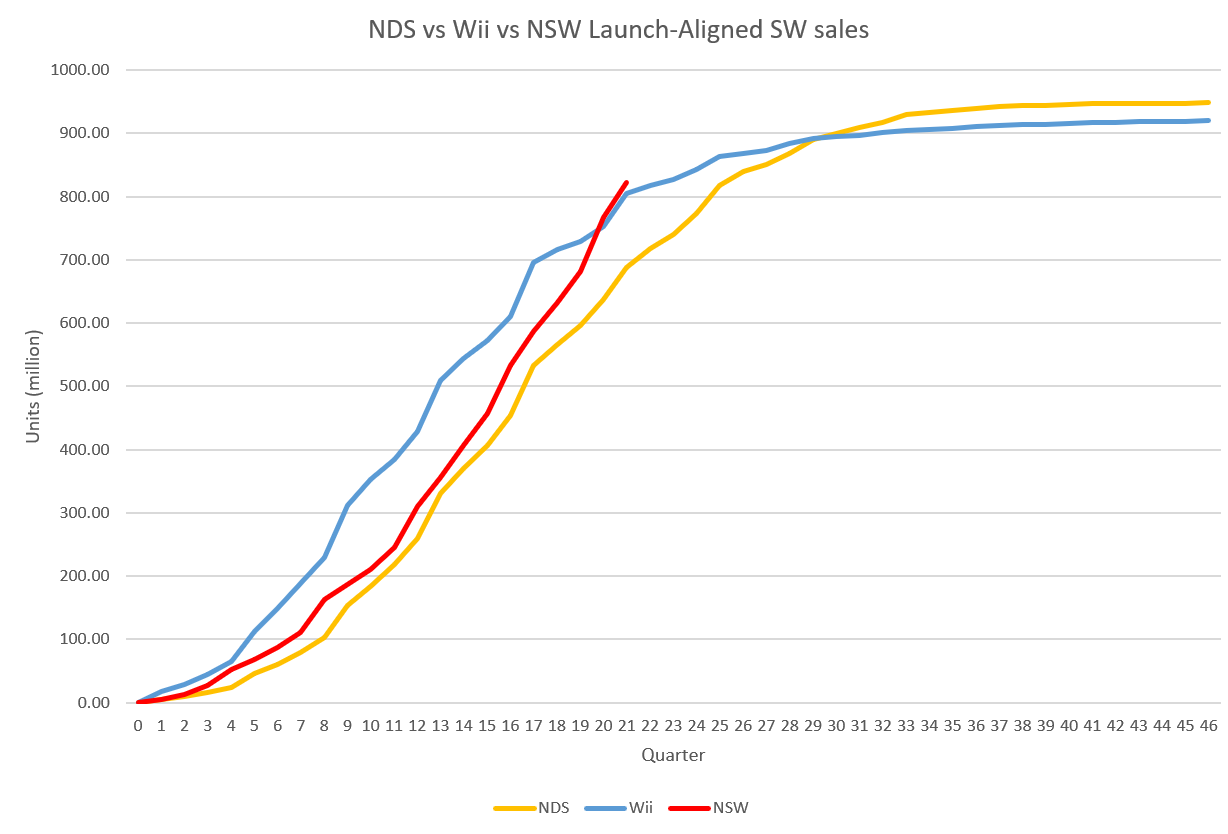 Important:
- Nintendo does not account for the sales of digital-only software (i.e. most indie games), and thus these predictions should not take them into account either. (This differs from Sony, who has been tracking the sales of digital-only games since the start of FY2020.)
- Games with both a retail + digital release and retail-only games (such as Ring Fit Adventure, Nintendo Labo) are accounted for.

Things to consider:
- Unlike with hardware, software is not limited by shortages since the eShop is a viable option to download games.
- Thus, the only limit to software sales is the appeal of the upcoming lineup + strength of back-catalog sales.
- If the Switch successor is backwards compatible, then Switch software will continue to sell since they would be playable on the successor.
- Confirmed upcoming Switch games announced for 2022 and beyond (I'll only list first party titles here, since there are too many otherwise):

Member
OP has been updated with current numbers:

Poll was removed during a site upgrade, but feel free to predict away. This is just for fun anyways...☺
OP updated (as of March 2022)
OP
OP
A

Member
OP has been updated with current numbers:

Poll was removed during a site upgrade from a few months ago, but feel free to predict away. This is just for fun anyways...