In the first quarter (three months) of the fiscal year ending March 31, 2023, each business has quickly promoted various measures to adapt to changes in lifestyles and preferences of customers, and the Digital Business, Toys and Hobby Business and Amusement Business performed favorably, resulting in a year-on-year increase in revenues. Profits also increased significantly due to strong repeat sales of home video games, which have high profit margins. Profits were also boosted by foreign exchange gains on transactions denominated in foreign currencies due to the weak yen.

* The above forward-looking statements are based on management’s estimates, assumptions and projections at the time of publication. A number of factors could cause actual results to differ materially from
expectations.
Click to expand...

Consolidated Financial Report for the First Quarter of the Fiscal Year Ending March 31, 2023 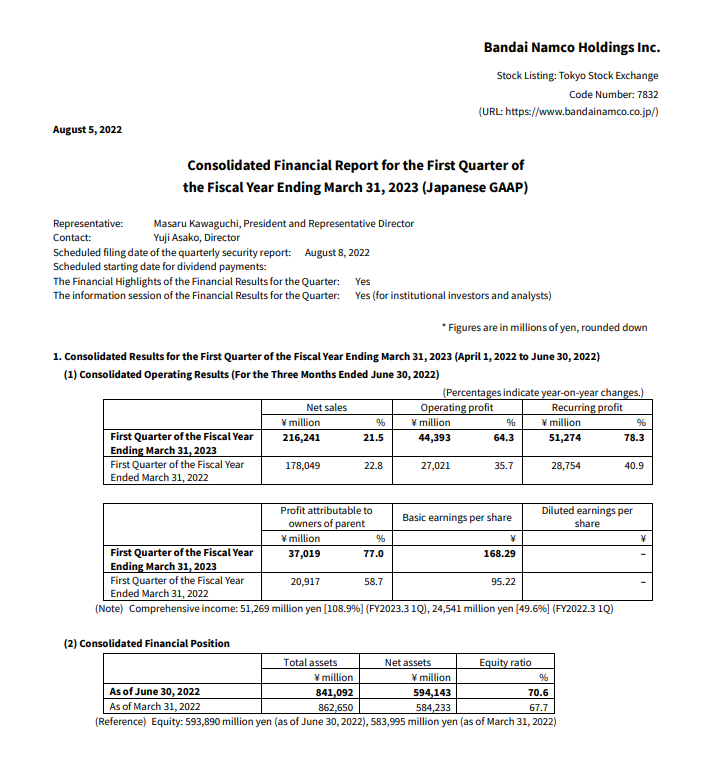 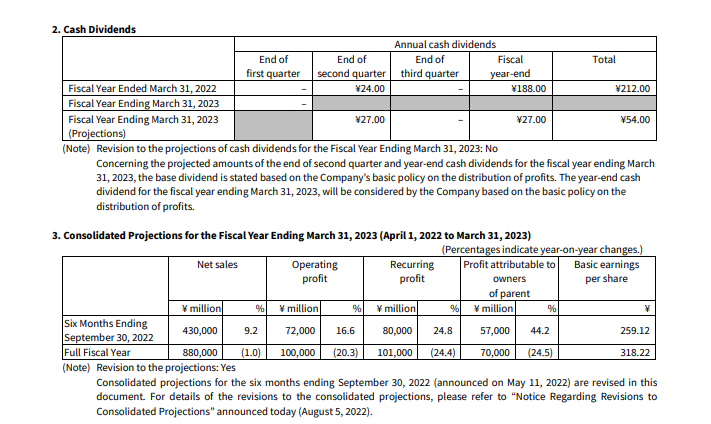 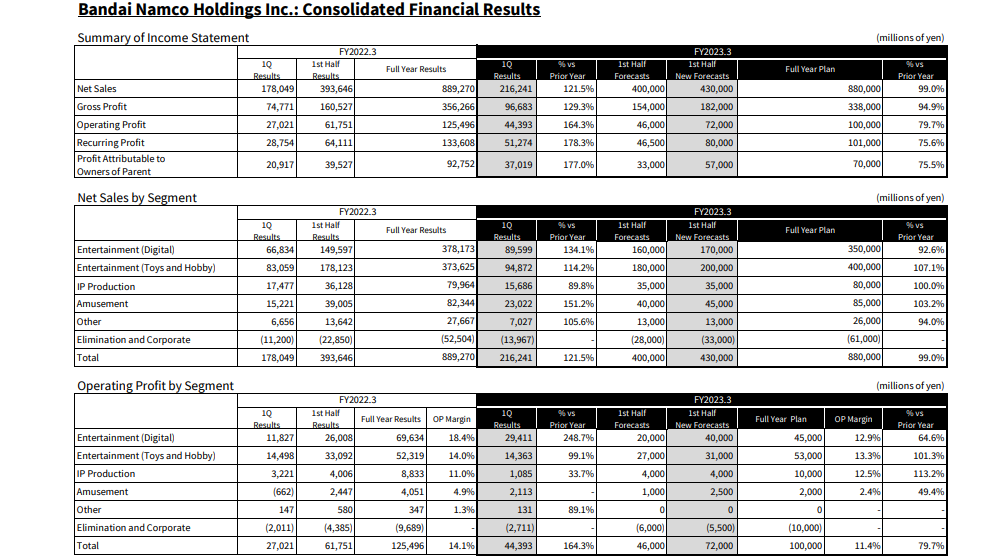 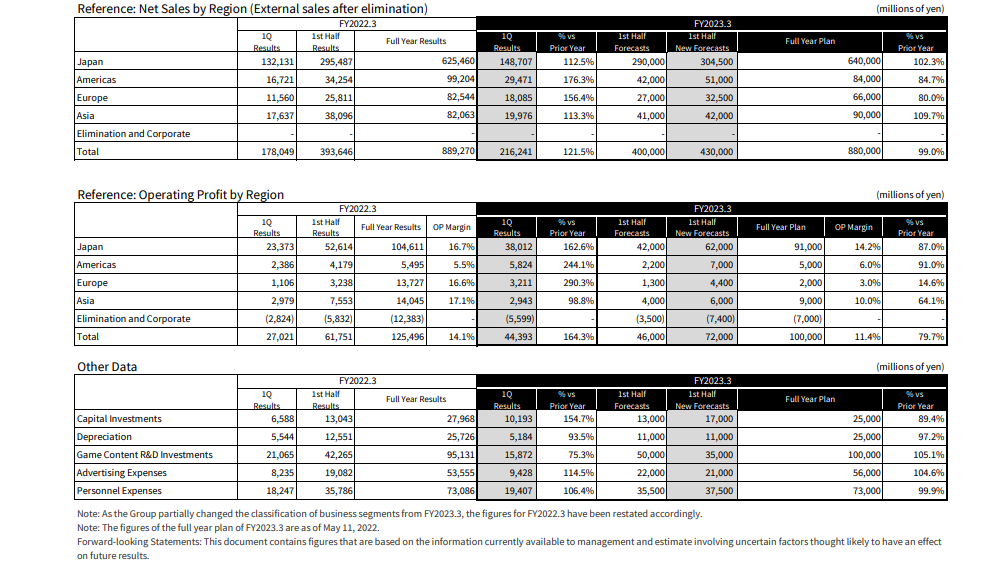 [Digital Business]
In the digital business, in the home video game business, there were no major new titles released in the first quarter of the current consolidated fiscal year.
However, repeat sales of existing titles such as "ELDEN RING," a worldwide title released in the previous consolidated fiscal year, were strong and contributed to our business performance. In network content, sales of mainstay titles and titles that started services in the previous fiscal year remained strong thanks to ongoing measures targeting users.